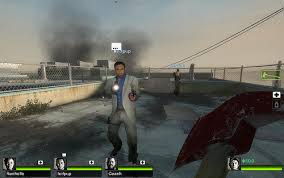 Isn’t it cool to see Valve so supportive of DLC?

Thanks to the efforts of the Steam community, Valve’s Stream Crosser challenge has been met. What is the Stream Crosser challenge? It’s a contest put forth by Valve to see if those who are testing the upcoming Cold Stream downloadable content could get the titular achievement for beating the DLC 20,000 times. In 24 hours, the challenge was met and in fact, the testers got the achievement 60,774 times in total.

The reward for achieving the task is the early release of the campaign “Dead Air,’ which has been confirmed by Valve to arrive on by July 22nd or earlier. Valve also says the rest of the Cold Stream DLC will released “as soon as its finished.”