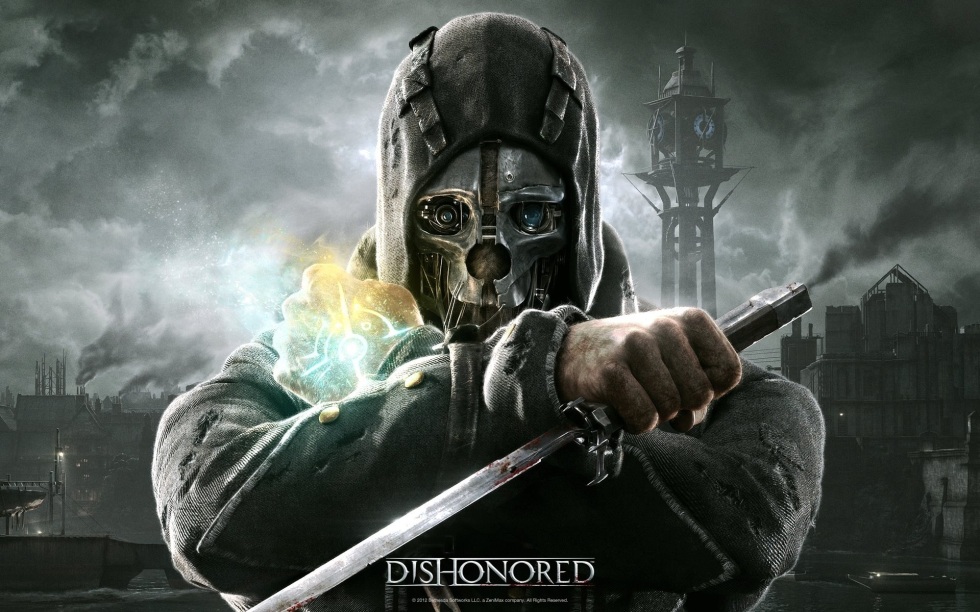 I teleport up to the roof above my prey; off in the distance another guard calls to him. I stalk my target as he walks along his patrol, completely unaware I am mere feet above him. I take one last look around before I slowly close the distance between my kill and me. He tries to call out, but it is too late. He meets his end by my sword.

Another guard rounds the corner and I have but seconds to find a place to hide the body. No, there’s no time. I use my magic to possess a nearby rat and escape through a sewage tunnel. The guard finds his friend and puts the whole building on alert. Now the real fun begins.

Dishonored is a hell of a game. Multiple times while playing I would randomly pull off a series of seemingly impossible events that make me feel like the most badass assassin ever. Combining stealth maneuvers and magical powers, I could go through the whole game without ever having guards spot me.

I would try my best to be as stealthy as possible, but sometimes I’d get spotted. If things don’t go my way, it’s not a game over or a restart checkpoint, because the combat flows naturally. I can parry an incoming attack with my sword, then counter by stabbing him in the throat. If a guard pulls out a gun I can use my magic to stop time, possess him, walk him in front of his own bullet, and resume time. Now there’s one less guard to deal with.

Dishonored never tells you what to do. There is never one path to your target, or one way to upgrade your powers. Player choice is always held above anything else in the game. Each environment you travel to acts as its own open-world vignette, a small sandbox for the player to do whatever and kill whomever they want. If you want to run through the game never killing a single person, it’ll be hard but you can do it. Even the main story targets have an optional (usually much more satisfying) non-lethal way to dispatch them.

Scattered about the mission areas are various items that can be used to upgrade the weapons and powers. These collectibles are a nice reward for exploring the entire level. The magic powers themselves are easily one of the best parts of Dishonored. My favorite power, Blink, allows players to teleport short distances and is an enjoyable and effective way to close the gap on an enemy, or quickly leave the scene before getting spotted.

The actual revenge story of Dishonored is not exciting or motivating, even with a clever, but predictable, third-act twist. However, the world Arkane Studios created is marvelous and fascinating. Throughout the game, players come across various books and writings that fully develop the depraved city of Dunwall. These writings amplify the atmosphere of Dunwall, just as the audio recordings in Bioshock did for Rapture. These books offer an enticing world to explore, even if they are often lengthy reads that may detract from the task at hand.

The commoners’ abandoned apartment buildings loom over the grimy streets littered with plague-ridden corpses; while the rich live posh and oblivious lives. Each environment is filled with lore as the city deteriorates from disease and corruption. I grappled back and forth with the art style of Dishonored. Sometimes I was flabbergasted at the beauty of this grimy city, other times I couldn’t get over how low quality the textures are up close. But in the end, the art won me over. Moving through the world is like moving through a living pastel painting. The murky art enhances and embraces the misery of this once great city.

At around 12-15 hours, Dishonored is easily one of the most unique and rich experiences this year. It’s been a long time since I’ve had this much fun stalking enemies and systematically taking out everyone in the area. The story might not be the best, but the world itself is absolutely fantastic. New IPs are hard to find this late in a console generation, which makes this refreshing game all the more impressive. Arkane Studios took a major risk in making Dishonored, and they created a game I have no qualms with saying everyone should play.

Dishonored is a kind of rare, fascinating game that promises a lot and delivers just as much. It abandons much of the constricted, set-piece heavy norms of today’s games while embracing the fluidity of control we’ve come to expect. Each level feels like an open-world unto itself, and traversing those landscapes is a joy. The variety of powers at your disposal is exhilarating, and using them effectively is more so. The whole package is wrapped in a rather sophisticated meditation on morality, and what it truly means to be a hero or a villain. Your actions have consequences that are deeply felt, but the game is smart enough to not shove any sort of intrusive morality scale in the player’s face. In fact, that’s this game in a nutshell; it’s humble enough to allow the player to play their way, conventions be damned. That intention would be enough to make Dishonored worth praising. The fact that it looks and controls so beautifully is merely a bonus.