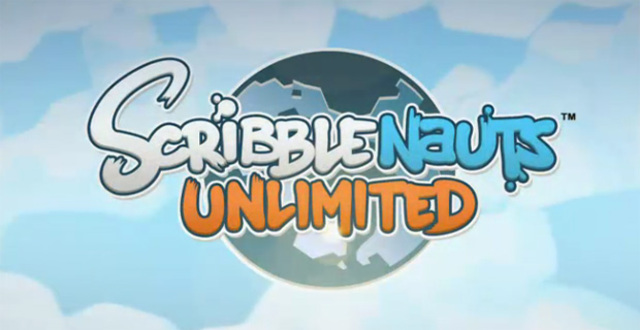 As a kid, I always enjoyed using my imagination in crazy and inventive ways. I had this castle play set that I would use as a backdrop for an entire story. Then I’d bring in my Transformers or the different LEGO objects I had made that day. What followed was the blending of imagination and fun in this really unorthodox fashion. Scribblenauts games have tried to scratch that same itch of crafting anything your imagination can think up. I’ve tried playing Scribblenauts games before but they never really grabbed me. The original release on the DS was buggy and had an incredibly limited scope for an idea that seemed full of infinite possibilities. Scribblenauts Unlimited evolves on the core concepts of the past Scibblenauts games and very closely recreates the feelings I had as a kid armed only with a toybox and my imagination.

Maxwell is a bit of a troublemaker and when his parents give him a magical notebook that can create anything he imagines, of course he’s going to play some sinister practical jokes on people. After being particularly cruel to an old man, his sister is turned to stone. The only way to save her is for Maxwell to collect enough Starites and reverse the curse. Starites can only form when someone is happy, so Maxwell sets off on an adventure across the world with his handy notebook, doing good deeds for everyone he meets. The contrivance 5th Cell creates for sending Maxwell around the world is cute and childish, matching the overall tone of the game.

Each level is a self-contained set with many people to interact with and objectives to complete. The environments range anywhere from something as simple and modern as a firehouse, to a medieval castle in the middle of a forest. Each environment hosts contextual scenarios to solve. In the medieval castle, Maxwell helps out a baby dragon grow into a fierce beast that terrorizes the land. In the desert, Maxwell helps his brother thwart some money-stealing bandits.

At its core, Scribblenauts is about stretching the boundaries of your imagination. Some scenarios might have an easy solution, but players will have the most fun with the game when trying to think outside the box and come up with something no one else would think to create. It feels like you can create and do just about anything you want within the rules of the game world. A lot of these miniature story vignettes can wield interesting results depending on what the player creates to complete a task. In the diner level, a cannibal came in and asked for his usual. The obvious and easy way to complete this challenge is to give him some meat or a body part, but crafting something a bit unorthodox like a “tasty lady” to give him will still complete the objective.

In past Scribblenauts games, the puzzles weren’t necessarily challenging or imaginative. In Unlimited, each character has something they need help with that is unique to them and their scenario. Through the hundreds of puzzles in the game only a handful had repeated solutions.

The dictionary boasts thousands of nouns you can use to complete objectives, as well as plenty of adjectives. A spider can just be a spider, or it can be a giant green scary spider. A rock can be a rock, or it can be a floating rock. These adjectives add another layer for players to experiment with, leading to some really crazy objects. 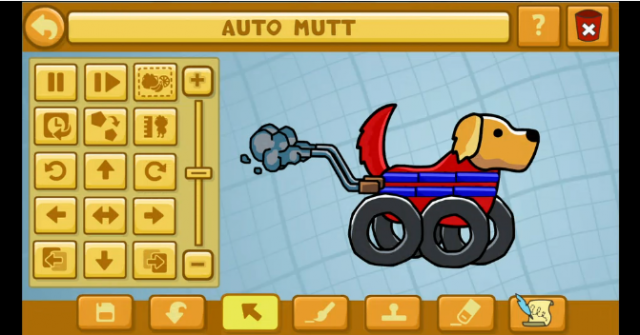 Scribblenauts Unlimited also boasts a new online functionality where players from around the world can create objects from scratch, give them unique AI properties, and post them for other players to bring into their world and use. These tools may seem scary and foreign at first, but building an object is relatively easy once players understand the different mechanics. You can, if you so desire, create a Jigglypuff that constantly sings and makes people sleepy, or a headless horseman that eats people. These objects are then populated on a player store where anyone can search for and download others’ creations.

The charming level design and character puzzles you solve in Scribblenauts Unlimited are pure joy. People of all ages can find something to love about Scribblenauts and it’s fun for families to sit around the couch and brainstorm solutions. It’s funny, inventive, joyous, smart, and an incredibly fun game to play. 5th Cell has finally created a game that achieves the fascinating and imaginative concepts of the Scribblenauts brand.