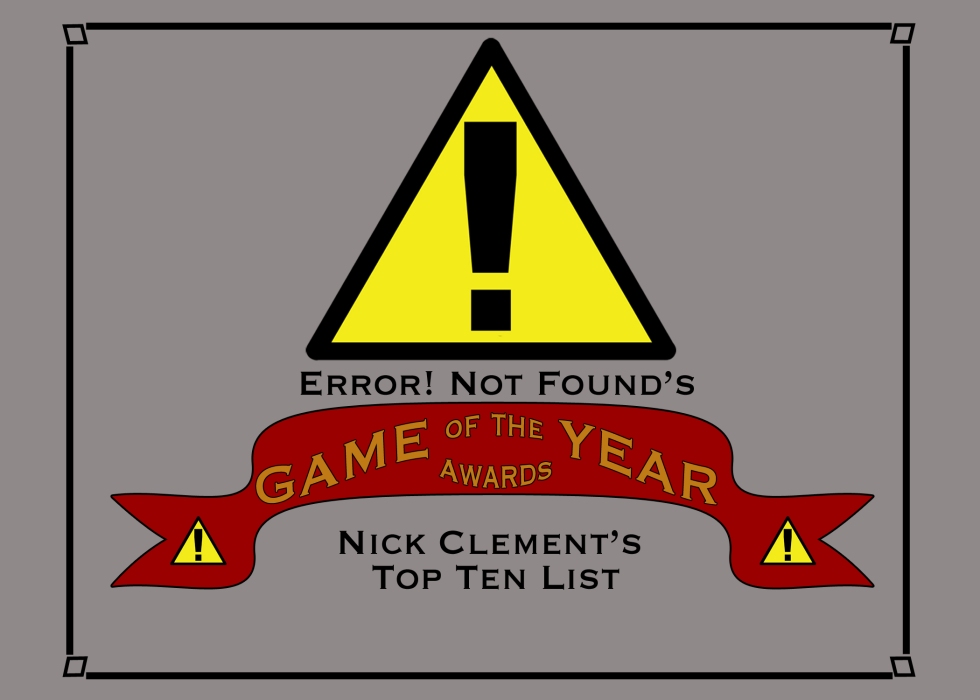 When I first began my top ten list for this year, I had only a small idea of what I would put on there as I could only think of a few recent releases, largely due to the industry releasing everything in the last quarter. However looking at release date sites and compilation list for 2012 I realized how this year was one of the best years for the video game industry, despite many unfortunate layoff’s and setbacks. My top ten became real difficult to decide upon near the end, as there were games on there at first that I decided to cut as I have not had the opportunity to spend excessive amounts of time with them. This makes me quite sad, but hopefully 2013 will be the year to catch up on my increasing backlog. Never the less, 2012 turned out to be a great year with huge blockbuster sequels, some phenomenal re-boots and a few surprise hits from developers. I hope you enjoy, and all the best in this holiday season.

Trials Evolution was a simple Xbox 360 Arcade title that my friend picked up awhile back. I had heard some great things about the game, but had no urge to play it until he decided to buy it, and boy I am happy that he did. Trials is not only a fun and challenging game that constantly urges you to beat your friends high score, or best race time- it is a phenomenal racing and platforming hybrid that takes great skill, and the occasional bit of luck. The tracks are awesome, the editing tools are top notch and the constant addition of new tracks make it well worth the price and then some. Whether you are a motocross/racing fan, a platform junkie looking for something new, or just enjoy maniacally laughing as your friends slowly fall over and die in a small explosion, then this game is for you. 9. Mark of the Ninja

Like Trials Evolution, Mark of the Ninja came as a surprise to me. While I greatly enjoyed Klei entertainement’s N+ and Shank, Mark of the Ninja managed to miss my radar when it first came out. Luckily though I have recently had the good fortune to play it and hot damn is it great side scroller, and more so a fine new example of what a stealth game should be. First off, this is a stealth game and so if you just run around stabbing guys you are doing it wrong. This game is about waiting in the shawdows; waiting for that perfect moment to strike fear into the hearts of your victims- followed by removing said persons heart. Ultimately, if you are a fan of Klei’s previous work, and enjoy hiding in the shadows almost as much as Batman, then you should check this game out. 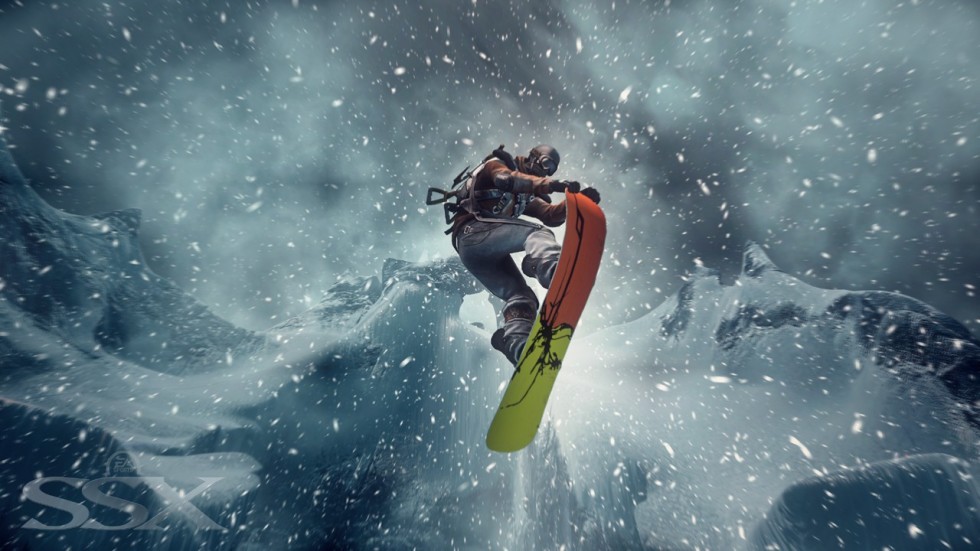 One year for Christmas, after recently grabbing a Gamecube, my sister received a little title called SSX Tricky. I was not the ‘well-educated’ gamer that I am today and so I thought it was but a childish racing game. However, I came to eat my own words as Tricky turned out to be a wacky and difficult snowboarding game that turned my sister and I into fans of the series for life. With the announcement of SSX, a more mature reboot of sorts, I may have squealed like a small child as I could not wait to return to this franchise- and what an awesome return it is. The slopes are better then ever, the soundtrack includes some stellar bands and gives me another reason to listen to Run DMC’s “It’s Tricky”, and above all the tricks are awesome. Whether you are a fan of the old series, or looking for a new sports title that does not have the year attached to the end of its name, then I strongly urge you to check this game out.

If you have listened to some of our older podcast, you will know that find the Assasin’s Creed franchise to be a repetitive, sub-par action game that gets round up in its own story. However, today I must change that statement as Assasin’s Creed III is the breath of fresh air that this dying series greatly needed. With varied combat, huge action sequences, and some truly amazing environments, Assasin’s Creed III proves how sequels can re-invent a series for the better.

The father of bullet time is back, only this time he is more begrudging and less sober. What can I say? Like any Rockstar game, well except Table Tennis, Max Payne 3 is a finely crafted game where the story takes precedence and the action is in service to said story. With my brief play through of this game, I did not feel like a hero, which is great. I felt like a man just scrapping to get by, my actions being that of a man who does not know what else to do, and simply carries on with the bitter pains from his past. May Payne 3 is a tale of pain, regret, and redemption and comes to be quite sobering, even despite your character’s less then sober nature.

With so many shooters trying to take themselves seriously, it is nice just to sit back give the middle finger to an enemy and shoot everything that moves. Borderlands 2 builds does what the first game did so well, and then does it better. The class system is much better, there are even more guns (I think they had to make up a new number for the sheer amount of guns in this game), and the characters and situations are funny as hell. If you are looking for fun-filled, co-op adventure with friends who do not mind some blood and a few un-classy words, then this game is for you.

Dishonored can be seen as a simple game about revenge. You go around killing those who have wronged you using cool gadgets and powers. However, what makes this game so intriguing is the environment and the ways in which your main character, Corvo, comes to interact with it using an array of his super human abilities To be honest I think this game intrigued me so much because it has those awesome abilities like Bioshock does. However, make no mistake, Dishonored is a highly unique game within itself, and is a deadly dish that only Arkane and Bethesda could serve.

Recently I have become really interested in turn-based strategy games, maybe because I have more patience then I did as a child. One game that has greatly influenced this interest is XCOM: Enemy Unknown. Although I have only played a few hours, the game takes what is best about the genre, and places it in one finely polished game. This game is not only one of the best strategy games out there; it is one of the best games currently on the market. 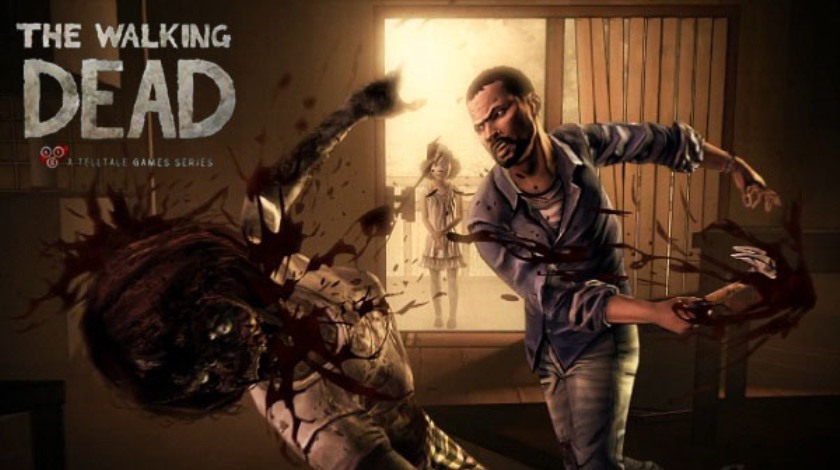 Being a huge fan of the comics, and to a lesser degree the television series, I was less then thrilled to hear a game was being made based around this franchise. While I have great respect for Telltale, I feared that they would not place much emphasis on the characters or the story- after all that is what the comic book series is known for. However, like many other games on this list, I should not have worried for The Walking Dead is an immense feat in characterization and storytelling in games today.Every decision that your character, Lee, makes is vital and those that were once your allies can quickly become as dangerous as the living dead that surround you. However, what truly makes this game stand out is Lee’s relationship with Clementine and how you see their day to day survival in a world without rules. The Walking Dead is not a game to be rushed through. To fully comprehend these characters and their choices you have to come to know them and even care for them, which makes certain decisions all the harder throughout this game. While it has its issues, The Walking Dead is a heartfelt story that cannot be trumped…if it were not for the following game.

I had a tough time choosing between The Walking Dead and Mass Effect 3 as my game of the year. Both are wonderful, character driven stories with alot of heart. However, I came to choose Mass Effect because of my deeper connection to the characters and the vast story Bioware has told through this universe. Even though I picked up the first two games only two years ago, I instantly fell in love with crew mates like Garrus, Wrex, Talia, Joker, as well as the universe as a whole. The sheer amount of detail in this game in astounding, as every planet, alien, and character have a rich history that can be delved into. Mass Effect 3 may not be the ending that people want, but it is the ending that they deserve. It finely ties together many plot threads and forces you to come to terms with actions that you made years before in the previous games. Saving the galaxy is no easy task, where billions of creatures, humans and other anomalies can live or die at a moments notice if you are not careful. Mass Effect 3 makes you feel the bitter pain of every one of those death and makes you deal with the unpleasant consequences. Mass Effect 3 is not only the best game to be released this year; it wonderfully concludes one of the most engrossing and beautiful franchises in the long history of video games.