This has been a really good year for games. Here are my favorites! 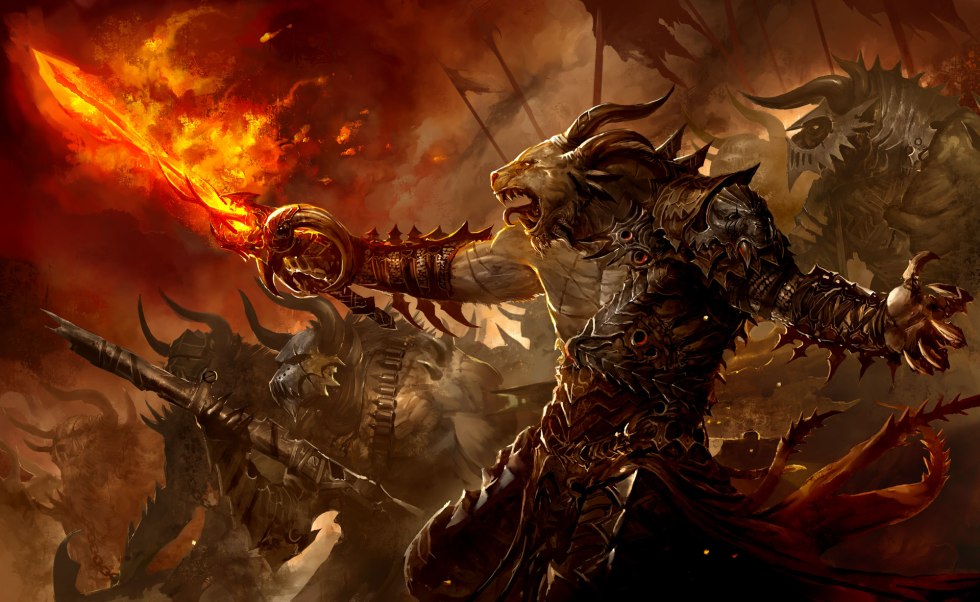 I don’t particularly like MMOs. I’ve never really played much World of Warcraft, because I just find it kind of boring. Guild Wars 2 is much more like a traditional MMO than the original, but the changes to the core formula are welcome and refreshing. I no longer feel tied down by MMO terms like “tank” and “healer,” instead, I am able to play how I want without being dependent on others (but still helping them through my skills as well). ArenaNet avoids the boring quest systems of old where you run up to the guy with the exclamation point and click enter until the quest pops up on your screen to kill ten enemies. Instead, you’ll see the enemies actually attacking a town and work with other people to get rid of the threat, and actually change the world structure because of it. I haven’t played as much Guild Wars 2 as I would like, but I’ve played enough to be confident in putting it on my list and I cannot wait to play more. 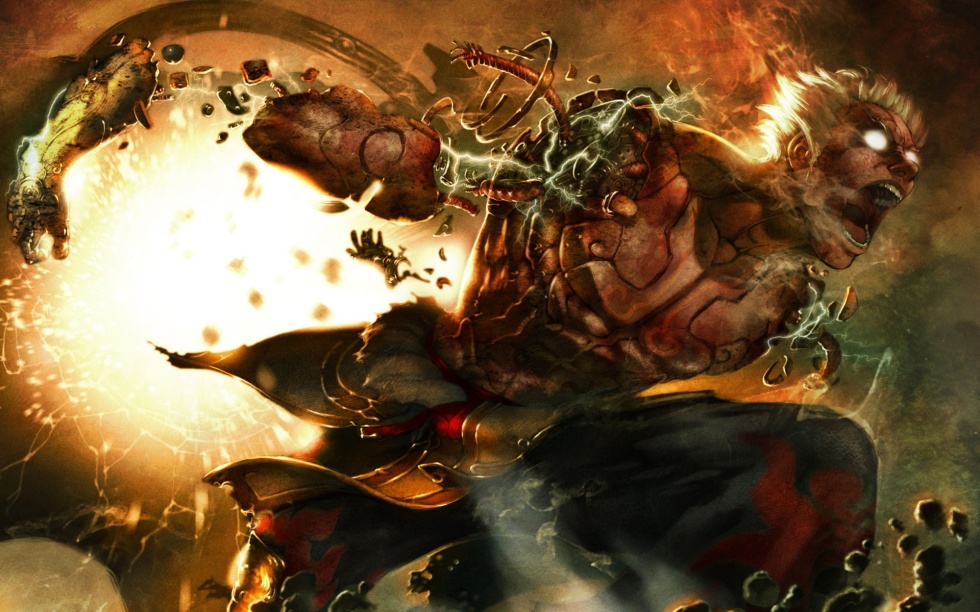 You know those totally awesome over-the-top moments from movies and games that everyone talks about for days afterward? Well, what if there was an entire game where you do all those awesome over-the-top moments without all those dumb parts where stuff doesn’t blow up in the middle? Asura’s Wrath is a game that goes so far above crazy. In one instance I’m punching a moon-sized finger with six robot arms, and in the next I’m getting stabbed through the chest with a sword that is so big it goes through the entire Earth. Sure, some might say Asura’s Wrath is just a series of sub-par combat mission linked together by an awesome cutscene, but damn it if I didn’t have a lot of fun through the entire thing. Also: You punch God in the face so hard it breaks down the very fabric of the universe and creates the Big Bang.

Journey is like the natural opposite of Asura’s Wrath, in terms of tone. thatgamecompany crafted something that can only be done with video games, and yet takes every opportunity to do something against the norm of the industry. In a game that can be so focused on interacting with another player, there is no verbal communication. And yet, I felt a distinct connection to the co-op players I was with, even so much as to wait at the top of a steep hill for him to (I assume) go to the bathroom. With the best sand technology in games, a moving musical score, and an emotional narrative as well, Journey shows the world you don’t need millions of dollars to create something special.

Emotional narrative is something I feel video games have struggled with since the shift to story-focused games. Most of the time characters have the personalities of cardboard cutouts and fall into boring cliches. The Walking Dead as a game, from the puzzle solving to the character movement, isn’t very good; but the connection I had with Clementine is something to be praised. Hell, I had a connection with every character in The Walking Dead. Some of them I hated, some of them I tolerated, others were friends, but the greatest part of all is I never thought of them as characters in a video game, I thought of them as people. Each character death was gut-wrenching and hard to watch, making the episodic nature of the game one of its strongest points. You need that time to process and work through what happened in one episode before immediately moving to the next. Or else you’ll just be depressed. Well, you’ll be depressed by the end anyway, but hey, TellTale should be proud for crafting a story that can make a 21 year old dude cry. Fuck those guys.

I don’t like strategy games. I never have. So I guess Firaxis must have some kind of brainwashing stimulants in their games because I love XCOM: Enemy Unknown. Being the last line of defense for the entire world is hard work. With limited resources, limited manpower, and limited time, it is a constant struggle to deal with twenty different and dire crises at once. XCOM is a game I didn’t think I was going to enjoy, yet came away thirty hours later (after starting over on hour 12 or so) enjoying immensely. For someone who doesn’t like strategy games really at all, that’s a bit of a feat.

Okay, so the narrative isn’t that great. Fine, I’ll admit the tattoo thing is kind of dumb. Sure, the co-op and competitive multiplayer modes aren’t very good. But Far Cry 3 is just too much fun to let any of that bother me. I’ve ridden a jeep into the ocean to punch a shark, flew a hang-glider with C4 strapped to it into a building, and burned down an entire forest just because it felt like the right thing to do at the time. Why did I hunt down rabid dogs with a rocket launcher? Because I needed a bigger syringe kit, that’s why. I flew around in a wingsuit after jumping off of a radio tower. I shot a cage with a tiger in it and watched him maul all of the guards. Yeah, maybe you’ve heard these stories from other people, and maybe that is getting tiresome; but when I was the one doing it, I was having some of the most fun I’ve had in a video game this year. Oh and Vaas was a great character that was totally squandered. And the Alice in Wonderland quotes were dumb. But I burned down an entire forest. The whole thing. Ashes. You should have been there, it was so much fun.

Fez drove me insane. At first I thought Fez was just another adorable little indie platformer with a cool world-turning mechanic. Then I found a rod in the ground that vibrated the left and right side of my controller in a pattern. But the craziest part of all was diving headfirst into the madness with Evan when I discovered the fox jumping over the dog. Fez drove me insane. My walls were lined with scribblings that only made sense to me, and if anyone else saw they’d think I should be put in a mental facility. But those notes were necessary. Everything in the game had a point, every rune, every pattern, every note. It all meant something. Except for that black monolith, that one broke the internet. I’m pretty sure still, to this day, no one has figured out why that series of inputs unlocks the monolith. And that is insane. To help drive that insanity further, the soundtrack to Fez is comforting and something I would listen to outside of the game just so I felt a connection to it. Sometimes I’d even come back with an idea on how to solve a puzzle or some crazy connection to figure out the numeric alphabet in the game. Fez drove me insane and there will never be another game like it.

I’ve said a lot of wonderful things about Dishonored this year. So many, in fact, that I’m having trouble coming up with more great things to say about it. I played a mostly lethal game, except for the actual mission objectives themselves. For those, I sought out the non-lethal option because every time that choice was far more dastardly and evil than just killing them. By going non-lethal, I gave them the worst life they could possibly have. Who knew we’d finally get a first person game with platforming that doesn’t absolutely suck? Blink opens up numerous options for moving through the levels and taking out your targets. The other powers add layer upon layer of fun mechanics for taking out your opponents. I never got bored with Dishonored. The world of Dunwall and the horrible people that live there are fascinating and I can’t wait to for an opportunity to return. Dishonored takes some of the best parts of Deus Ex and makes a unique experience that everyone should play.

I’m kind of sick of talking about Mass Effect 3. The problem is, I love the game, a lot, and feel like I have to keep talking about all the great parts of the game so that I’m not drowned in the sea of cynicism the ending has accumulated. Bioware took the best parts of the first two Mass Effect games, kept what worked, refined what was good, and completely cut what was bad. The highest highs of Mass Effect 3 are the best the series has to offer. All the stories and character plots I came to care about over the past five years were all given the proper closure they deserved. I felt bad for what I did to Mordin and Wrex, I was touched by Liara and Miranda’s (my two love interests) goodbyes, and I saved the universe despite what everyone in the galaxy had to say about it. Mass Effect mixes action, romance, sci-fi, and even a dash of comedy into one of the best written and most fulfilling trilogies in the history of games. It is going to be an important series going forward, and I will always hold a special place for it inside. I never want to play Mass Effect 3 again, but that’s only because I feel like that book is finally closed and I got all I ever wanted out of it. It’s still pretty shitty that Leviathan answers a bunch of lingering questions made by the ending, and sure it probably would have made a great addition to the main game, but thus is the nature of businesses and DLC. However, none of that negates how much I loved the thirty hours I put into finishing the fight.

Max Payne can never seem to stay out of trouble. He’s got a drinking problem, a drug problem, and probably some of the worst luck a man has ever had. Yet the guy simply will not die. Max Payne is a deeply flawed character, but that is what I love so much about him. This is my favorite Rockstar game to date. It encapsulates a character and takes him on a journey across multiple different locals and crafts a rich character drama about Max Payne’s terrible life. The overarching narrative isn’t the most intriguing, but I was too busy wondering what Max Payne was thinking to really care. I could not put down Max Payne 3 from the moment I started it. The seamless transitions from cutscene to gameplay put me directly back into the action before I even had time to think. He might be drunk all the time, but Max Payne sure can fire a gun. Bullet Time is better than it has ever been within Rockstar’s RAGE engine. Everything looks, sounds, and feels perfect. It is finely crafted, fun to play, and has some of the best character drama in games. I wish I could say more, but I just want to go play Max Payne 3 again. I’m kind of speechless when it comes to how much I love the Max Payne series. Max Payne 3 is the best of the series and most definitely my personal Game of the Year.