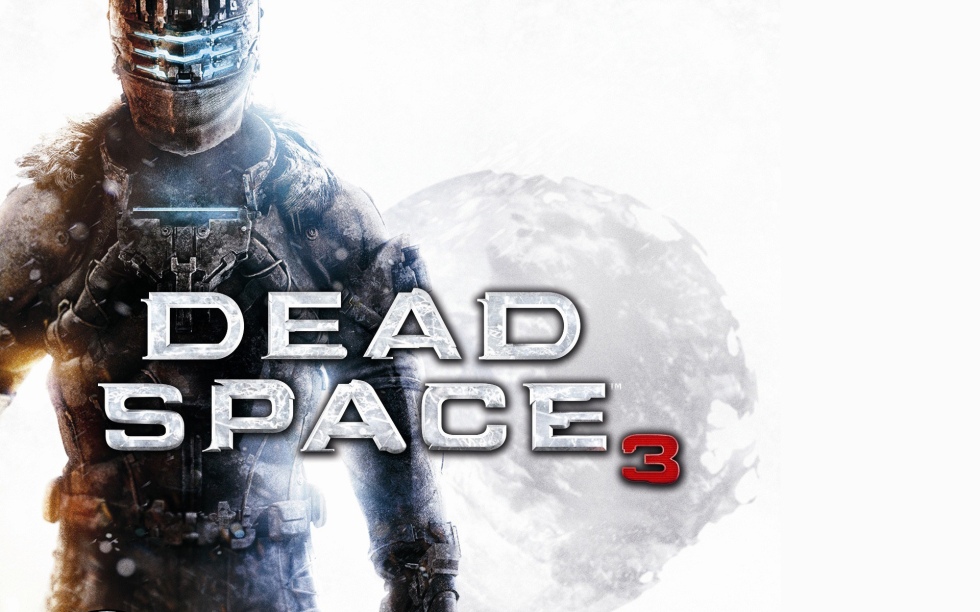 The original Dead Space was a tense, atmospheric horror game set aboard a mining vessel in the vacuum of space. It was frightening, stressful, and creative, but certainly not without fault. Two years later, Dead Space 2 took what made the first game great and expanded upon that formula by refining the combat and crafting a greater sense of tension from its atmosphere, lighting, and sound design. Dead Space 3 is little more than just another Dead Space game, and that’s not necessarily a good thing.

As is with all third games in a trilogy, Dead Space 3 hastily attempts to answer any questions, and set up everything for a sense of finality. The Unitologists, a religious group brought about by the mysterious Markers, were a foreboding force and an engrossing idea to develop tension and atmosphere. But Dead Space 3 quickly plops a stereotypical British villain into the limelight as a leader for the religion, and Isaac Clarke’s nemesis. He wants to bring forth the next stage in evolution by unleashing Markers on all human colonies and turn everyone into Necromorphs. Isaac abruptly find himself aboard a ship headed towards Tau Volantis, an ice-covered planet thought to be the home of the original Marker.

What follows is a vast string of fetch quests that have Isaac do various engineering things to save his ex-girlfriend and eventually destroy the Marker source. Throughout the ill-conceived narrative, Isaac and his merry band of people-who-don’t-like-him argue about the logistics of the mission and — for some reason — decide now is the time to work through a melodramatic love triangle. The script features incredibly ham-fisted dialogue and wooden voice acting, which ultimately does little more than provide content to mock while fighting through hordes of re-animated corpses.

Which is terrible, because fighting through hordes of re-animated corpses is the best part of Dead Space 3. The mantra of the Dead Space universe has always been, “Shoot them in the limbs. They’ll die quicker that way.” This doesn’t change in Dead Space 3. You still fight the same four enemy types from the first two games. A few new variants show up, but they don’t stay for very long. Usually one of the new enemy types will only be use for a chapter or two before being discarded. But with the new addition of weapon crafting, even the same enemies are fun to kill over and over as you experiment with a myriad of combinations.

Each gun is crafted with a main weapon, an alternate fire weapon, and numerous attachments that raise base stats or add extra damaging effects. Throughout the game you’ll find various schematics, circuits, parts, and resources that you can use to build just about any weapon you can imagine. I rolled around with an electric Line Gun with a Javelin shotgun attached to it for most of the game. Later on, I built a gun that shot out electric, acidic bolas that would knock off limbs with ease, or with the alternate fire would attach to the ground and chew up enemies’ legs as they got closer. 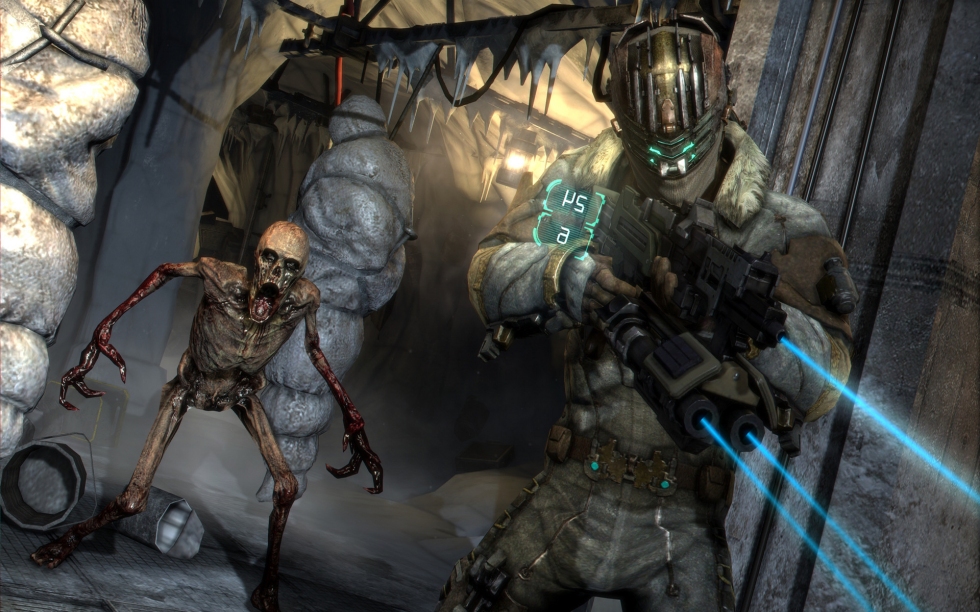 If you don’t want to face the Necromorph menace alone, you can invite a friend to join the fight with you. Dead Space 3 is the first in the series to introduce co-op, and it is a surprisingly good time. The second player takes control of a lumbering meat-head-with-coping-issues named Carver. When in a co-op game, the world behaves slightly different, where puzzles and obstacles will take two people to overcome, and enemies spawn in greater numbers. Co-op teams can also tackle three co-op specific optional missions that delve into the Marker-influenced mind of Carver. These missions are some of the best in terms of design, atmosphere, and tension; but they end up repeating the same environments too many times. There’s something genuinely creepy about seeing something the other player has no awareness of, even if these moments are few and far between and only scratch the surface of subverting player expectation.

Dead Space has always been, at least in some part, a horror franchise. The first game recalls survival horror of old, but with a fluid combat system. Dead Space 2 took the survival out, but added a more dense, scary atmosphere with a revamped lighting system. Dead Space 3 struggles to reconnect with those horror elements, and does sometimes achieve a level of tension akin to the second game — but only sometimes. Most of the game is spent traveling through various metal corridors that change every 4-5 hours, but are still metal corridors in a facility. Sometimes Isaac will venture outside into the vacuum of space, or the cold blizzard raging on the planet’s surface, but most of the game is still spent moving through similar metal buildings.

Even through these repetitious environments, Dead Space 3 still manages to create a moody atmosphere. The sounds of creaking metal reverberate through the environment, sometimes you’ll here the clacking of Necromorphs moving through the ventilation shafts, other times you might jump because a door slams shut behind you with a loud bang. While moving through the various stages, the music will layer on in an odd and haphazard fashion that only adds to the growing tension. During enemy encounters the music ramps up and keeps building as more enemies flood into the room; at various times after these encounters I found my body had constricted because of the anxious score.

The moments of isolation stand out since these give you a chance to breathe, but also just a little too long to wonder when the next enemy will show up. When conducting a space walk, all sound is muffled and even in the vast emptiness of space, you always feel as if someone is watching. On the planet surface, the constant snow storm constricts most of your view leading to several moments where you’re unsure what might be in front of you.

Horror is a difficult thing to master. You have to constantly subvert the expectations of players and make them afraid to take the next step forward. Dead Space 3, even at its best moments never achieves that level of horror. The story focuses on answering too many complicated lore questions with solutions that barely make sense and its attempts at building pathos with the absurd love triangle are nothing but a disaster. It is a throughly enjoyable action game, with a sometimes-moody atmosphere and compelling co-op. At times it is scary, but for the most part Dead Space 3 is just another action game.