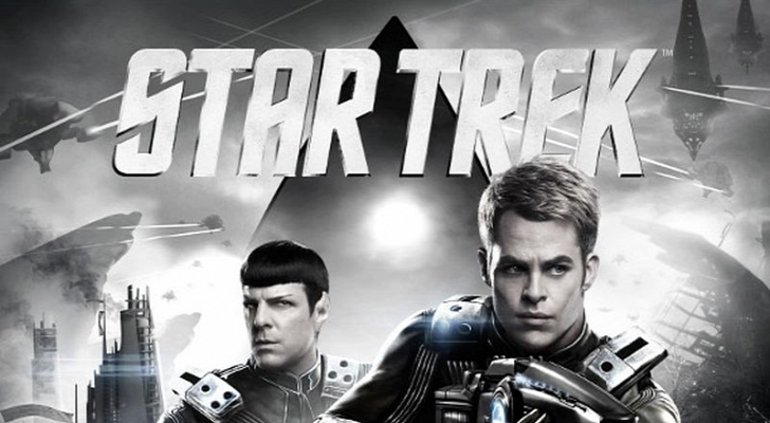 I’ve never been much of a drinker. I mean, I’ve had a beer or two on occasion, but I’ve never really been in one of those situations where I just compulsively need a drink. I started playing Star Trek and was having a pretty alright time with its subpar co-op, third-person shooter action. Then Kirk uttered a line about how he was frustrated with the number of locked doors along their path. It was meant to be a quip, delivered by the dashing action hero and used to lighten the mood in a desperate situation. But this line only frustrated me. I hate it when characters call out flaws in a game’s design in an effort to brush them off; it’s as if the designer knows the game is terrible, and wants to joke about it with the player. I had a pack of PBR sitting untouched in my fridge for a pretty long time. It’s no longer there. All that’s left are a few crushed cans and a crumpled up cardboard box sitting in the corner next to my trash can.

This D-level Star Trek story begins with the Enterprise crew beaming onto a space station hurtling towards a sun. That’s not good! It’s up to Kirk and Spock to save all of the Vulcans onboard and hope to get out alive. A mysterious reptilian race of Gorn randomly appear to steal a mystical MacGuffin the Vulcans need to repopulate their new planet. Your duty: to boldly go where most third person shooters have gone before and stop the [insert antagonists here] threat.

JJ Abrams’ reboot of the Star Trek brand brought the crew of the Enterprise into a conflict much heavier on action. Long gone are the days of V’Ger wanting to become a god to gain more knowledge, or beaming down on an unknown planet inhabited by a race of humanoids that claim to be “children of the Sun.” Instead, we’re treated to planets exploding, timeline manipulation, and evil guys being evil because Kirk needs a goal to accomplish. But there are constants that remain: Kirk and Spock still butt heads on more than one occasion, and Kirk still refuses to let anyone but himself embark on a mission to a foreign planet, even though he’s the captain.

The cast of the 2009 reboot all reprise their roles, but the voice acting is so stilted and emotionless that even though these character models (barely) look like the Enterprise crew, they sound detached from their voices. Nothing fits right. Occasionally Kirk will deliver a pretty good line read only to have the entire conversation halted by whatever robotic voice speaks next.

Most of the dialogue and situations try to echo Star Trek, but it only ever comes off as pale mimicry. It’s a sad mishmash of references to the series as an attempt to make the fans excited they’re playing a Star Trek game. “Live long and prosper,” Kirk likes getting with the ladies, Vulcan mind melds, “Set phasers to stun,” “Dammit Jim, I’m a doctor not a(n) [insert job title here]!,” and Red Shirts. Any time you see a Red Shirt on screen in this game, that person will die. It’s a cool little pop culture joke that if used once is funny. But seriously, all fifteen or so Red Shirts you see throughout the game will die. It’s not funny. It just becomes trite and annoying to see that random guy (usually the same character model) die over and over again.

Environments have that hint of “clean space” Star Trek is known for, but the textures and models all come across as cartoonish and fake. Suit textures never load properly and all you can really see is a blotchy outline of the Federation symbol. Character faces are void of all emotion and look like a high school art student’s attempt at a clay molding project. Everything looks muddy and unfinished, as if it missed a final coat of polish. Walking through the Enterprise feels more like walking through a wax museum of all the cool things about Star Trek than an actual Starship. The signature light blooms and lens flares the 2009 movie was known for are not present, losing any sense of style this game might have had. Animations are incredibly wonky and robotic, and when a character doesn’t have something to be doing, they will just stand there frozen in place. When cutscenes begin, characters will quickly run into place as if they forgot their cue. When enemies die their bodies immediately ragdoll, sending some flying into the air and others crushing under the weight of some foreign gravity that doesn’t affect anything else.

Michael Giacchino’s company orchestrated the often great score that doesn’t seem to ever fit with the action onscreen. All the music feels lifted out of a different context and shoved into the game just to make it seem more cinematic. A number of times while playing the game a tense and exciting music string will begin, but there’s no fade down or trill of strings to notify you all the enemies are defeated; you’re, instead, treated to an incredibly jarring halt in the song.

As far as third person shooters go, it’s a pretty easy formula to achieve — or at least it should be at this point. The actual shooting doesn’t have any impact at all. It feels weightless. Enemies act as sponges, soaking up far too much firepower before finally crumpling to the ground. Players can choose between Kirk and Spock, but there’s really not much difference between the two. Their arbitrary upgrade paths make their respective blasters act differently, but you can only get XP from scanning enemy types, weapons, and completing hacking mini-games. However, all of the upgrades are incredibly unbalanced in terms of cost, so you’ll probably only get three or four upgrades through the entire game.

It’s probably worth mentioning that above all else, Star Trek is incredibly broken.

Multiple times while playing the game I had enemies not react to getting shot in the face. At all. They were just frozen in place unwilling to engage in combat. The game considers stealth to be an “option,” but it’s never effective. You’ll always get spotted because the AI is in a binary state and even the smallest movement will send them on edge.

Some sequences have you hold another character on your shoulder to help them to the medbay. During these sequences you’re treated to glorious tank controls that barely function at all. Just don’t make left turns. Those are the hardest.

The platforming is a herky-jerky attempt at being all cool and action-y like Uncharted. Instead it’s just a pain to jump from platform to platform, and sometimes you won’t hit the wall just right and fall to your death, only to checkpoint back way too far from where you fell.

Then there’s the hacking mini-games. There are two solo hacking mini-games and one co-op. They are all terrible. And you’ll have to do them so often it hurts. You’ll constantly lineup different wavelength patterns with the analog stick, or play a dumb game of Snake, or even line up more wavelengths.

Star Trek fails in areas I thought the industry had fixed by now. It’s repetitive, stilted, and tedious for all of its bloated 7-8 hour runtime. Why don’t we take this as a lesson, and never again make me play a sequence where the quippy action hero comically mentions how terrible the game’s design is. I know it’s terrible, Kirk. You deserve better.

There was this part in Star Trek (rather, several) where we had to enter a vent. It was pretty standard stuff: Clint and I played the whole game in one sitting, and we were around hour 6, and here was this vent. So we got in, and it switched to first-person, and we crawled along, spinning and laughing at the clumsiness of the character models and their animations. When we exited, though, Clint and I saw two very different things. He ran around the level normally, shooting and hacking and the like. What I saw was his model, sliding around the floor like he was still crawling in the vent. Something didn’t trigger properly, and from my perspective, he was stuck in one of the dumbest animations in the game. It continued for about a half-hour. He climbed up a ladder: still crawling. He carried a wounded man on his shoulder: still crawling. Hell, he broke out of it, and then the same thing happened upon exiting an entirely different vent. As I recall, he often couldn’t shoot, and said that when he tried to pick up a gun, the prompt read, “Hold X to exit vent.”

This was the most fun I had with Star Trek.