I had my copy of SimCity ready to be installed and I was eager to play. At the designated time of release, I entered my 25-digit product key and hit the download button. Nothing happened. The download servers were already at peak capacity and no one could download the game they had purchased. Luckily, I had a physical copy of the game, so I did something I haven’t done since probably 2005: I put a physical game disc in my disc drive and installed it from there. Around fifteen minutes later my install was complete and I was ready to start playing SimCity.

Once I was actually able to download the game, I was met with yet another roadblock as I could not connect to the game’s servers with errors such as: “Login is closed at this time. Please check back soon,” or “Processing Large File,” as a loading bar frozen in place. I didn’t get past all of that until the Thursday of its launch week. And even once I was able to begin making their cities, I would randomly disconnect from the servers, therefore losing whatever progress I might have made.

DRM is meant to protect content makers from people who would illegally download their game without purchasing it. But, for some reason, DRM has largely impacted actual consumers, rather than hinder piracy. It’s a large problem that only affects people when it doesn’t work. A few weeks after Diablo 3 came out, the problems went away and people were able to enjoy the game; the DRM wasn’t an issue anymore. A few weeks after SimCity‘s release, the DRM isn’t an issue either. I get why DRM exists, and I fully support the reasoning behind it, but if it impacts my ability to access what I paid for, I just get angry at the need for it. 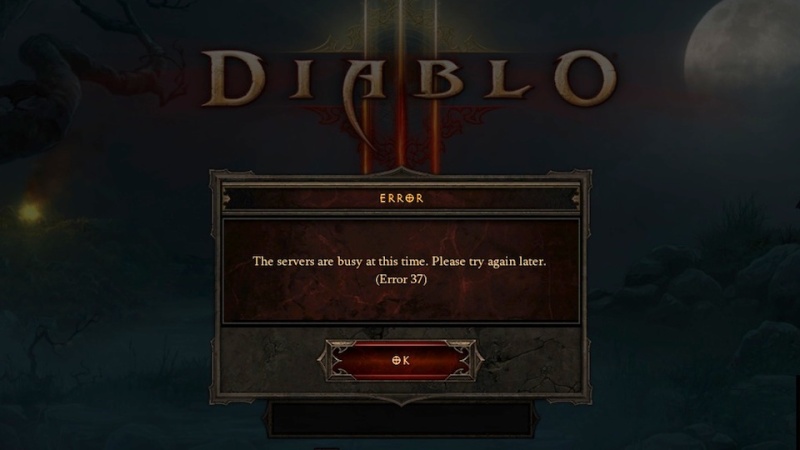 Recently, rumors have surfaced that the next Xbox might be an always-on console, and this is probably the worst future for the Xbox brand. Always-on is just a dream scenario: your content lives in a beautiful, white, fluffy cloud that never experiences rain or dissipates. It is a heavily-forced use of DRM. An always-on console is, like the name implies, always connected to the internet. Even if you’re playing a single-player game, an always-on console will force you to be connected to the internet. For Microsoft, the benefits to their system might possibly outweigh the negatives to consumers.

Microsoft Studios’ creative director Adam Orth began commenting on Twitter about these rumors (he quickly made his Twitter account private, but the internet always remembers). He claimed that always-on was no big deal. He said his internet is never spotty, so why should it be a big deal? Turns out, broadband adoption in America isn’t as prevalent as Orth might think.

I’ve had my internet go out before. It was the worst thing — sure, call out first world problems, but I am a part of an always-on society. If I’m not connected to the internet, I don’t feel like I have access to the world around me. Those 48 hours when my internet was down affected all but one thing: my ability to play the video games I purchased. I was able to throw in a retail disc of Fallout 3 and play until my eyes started bleeding — which is a great way to pass the time, if you’re wondering. The only access I had was on a measly 4-inch iPhone screen. I could check Twitter, Facebook, email, and do basically all I actually needed to do from a cellular network, but it just wasn’t the experience I wanted. But none of that mattered because I could still play any video game I had purchased, retail or downloadable.

What’s going to happen if this newest Xbox forces me to be connected to the internet if I want to play my games? What’s going to happen if I have another 48 hour internet outage? Is this Xbox going to throw up an error code saying, “Sorry, you aren’t connected to the internet so anything you purchased from us is locked down. You’re unable to access the console until you’re connected. Cordially yours, Microsoft?” If that happens, count me out. I’d like for my purchase from Microsoft to be one way. I want to hand them money, and they hand me my product. I don’t want to be given permission to use what I purchased, because I purchased it. It’s mine…