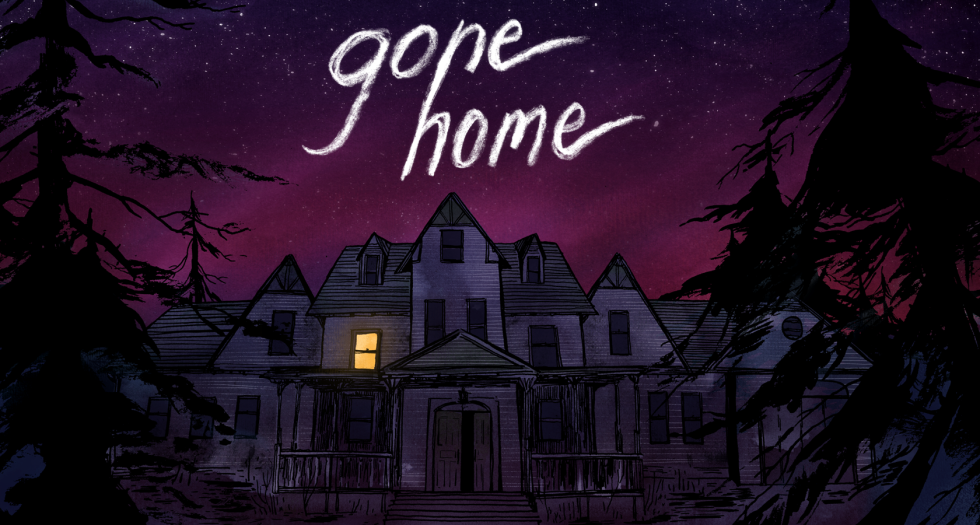 Gone Home is an entirely story-driven game, and there will most definitely be spoilers. Read at your own risk. But also, go play The Fullbright Company’s Gone Home and check out our review. Then maybe come back and read this too. SPOILERS BELOW!

It was a terrifying experience. I would have to pick up my entire life and move to a different place altogether. I’d have to make new friends, figure out my social status, and learn where I fit in in this new land of… something. I didn’t know what it was. But it was terrifying. I distinctly remember packing up the last of my things and saying a final goodbye to everyone. The best friend, the girl next door, the acquaintances, the enemies; I left all of them behind. I wasn’t moving far, only about an hour north, but it was far enough to sever pretty much all of my relationships. I had to start over. It’s not a fresh start, but a new beginning. Moving to a new place turned me into a different person.

Gone Home is a brilliant story told through so many different, moving parts. I poured many of my own life experiences into my interpretation of the game and the touching story it tells. Some have talked about transgression, others have discussed ludonarrative harmony, but I want to talk about moving.

Sam is a normal teenage girl. She’s got an older sister who’s the perfect representation of the perfect child that all parents want to have. Sam can’t live up to that and she knows it too. She has problems communicating her feelings sometimes, but pours her heart out through her writing — the one avenue of creative expression no one can take away from her. But she had to move. She moved away from her friend who always has the coolest Super Nintendo games, her best friend, the person she knew like the back of her own hand. She moved away from a comfortable home, a comfortable life, a comfortable existence. 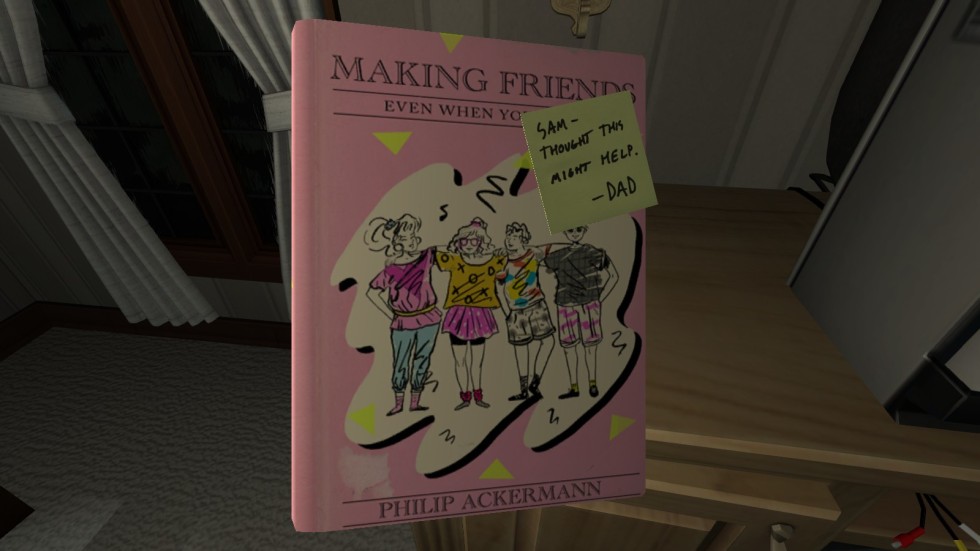 She had to drop it all and hope she could pick back up exactly where she left off in some new, foreign place. No one really takes her seriously, or pays her much attention. She isn’t comfortable speaking to new people. Her father knows it, and he tries his best to help as much as he can, but he’s not really equipped to deal with this kind of stuff. He alienates himself just as much with his writing.

I remember moving, though. It hurts. I lived my entire life in that house. It was a safe place, a comforting place. I could move through the entire house with my eyes closed and never bump into a wall. I knew that life. This new one was like putting your shoes on the wrong feet. I didn’t know where I was going and I knew sooner or later I was going to stumble.

My parents were divorced, but amicable enough to patch things up over the years and in some kind of extreme freak occurrence that rarely ever happens to anyone else, my parents decided to get remarried. They sat my sister and I down one night and said we’d all be living under the same roof again. But not the roof I wanted. We were going to move to my father’s house, the one I would visit on weekends and holidays. The one that felt like a crude recreation of my real home. The Nintendo console was replaced by a Sony Playstation. The bed was less comfortable. The walls of my room were eggshell white. The neighbors didn’t have kids I could play with. It wasn’t home. But soon it would have to be.

The first year I lived in the new house was a weird one. Similar in so many ways to Sam’s first year on Arbor Hill. It was probably lonely and uncomfortable at first. She’s living in a new house she’d probably been to once or twice before, and it’s a foreign, scary place in the middle of the woods. But she found a way out of that self-deprecating hole, she found a way to make everything in life more exciting: Lonnie. Suddenly Sam saw the world from a whole new perspective. Everything felt, looked, and sounded different. Lonnie made her feel comfortable and safe, but also adventurous and daring. Sam started speaking out against her parents and becoming her own person. Lonnie became her anchor and she’d never want to let go.

Believe it or not, I had a Lonnie. I met this girl, got to know her, and fell in some kind of crazy idealistic teenage version of love. I wove my life around her. Her interests became my interests, and I wanted nothing more to spend as much time with this girl as possible. Long story short, I fucked up. I wasn’t so much a person as a pale mimicry of who she wanted me to be, or what I thought she wanted me to be. It was a stupid thing, we were stupid kids playing a stupid game of romance. Grand romantic gestures and conversations of why we can’t be together echoed through my mind as I raced towards the attic, scared to death by what I might find. I thought the dramatics of Lonnie leaving would drive Sam to suicide. 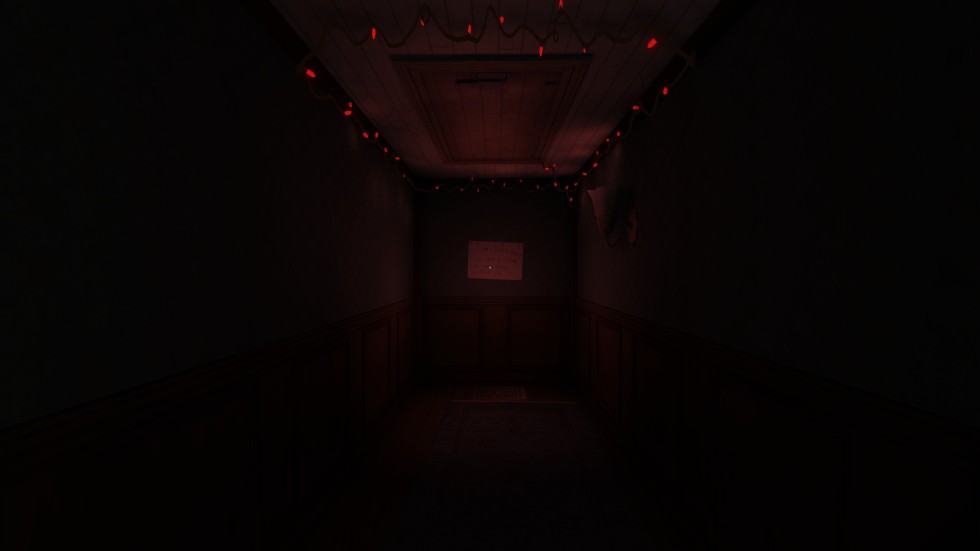 But I found something beautiful instead. I felt an outpouring of emotion when Sam said she was going after Lonnie. I knew she had to do it. I’ve been there. It’s something she had to do. I trusted her decision and in that moment I was elated she found her happiness. But then I remembered my crazy idealistic teenage version of love and I was sad. Not for me, for Sam. Lonnie shaped Sam as a person — she was her anchor. What if it didn’t work out with Lonnie? Would she crawl back in her shell and become horribly alone? How long would it take for her to pick up the pieces of her life and start over again?

I don’t know. That part is left up to the imagination. I’d hope everything works out for Sam, because it didn’t work out for me. But I remember moving on. It’s hard. I felt lonely and isolated; it was like moving again. I’d have to make new friends, figure out my social status, and learn where I fit in in this new land of… something. I didn’t know what it was. But I knew I could deal with it.

I remember once that house I lived in finally felt like home. It took a long time, but I can walk those halls with my eyes closed and never bump into a wall. Maybe Sam will too.