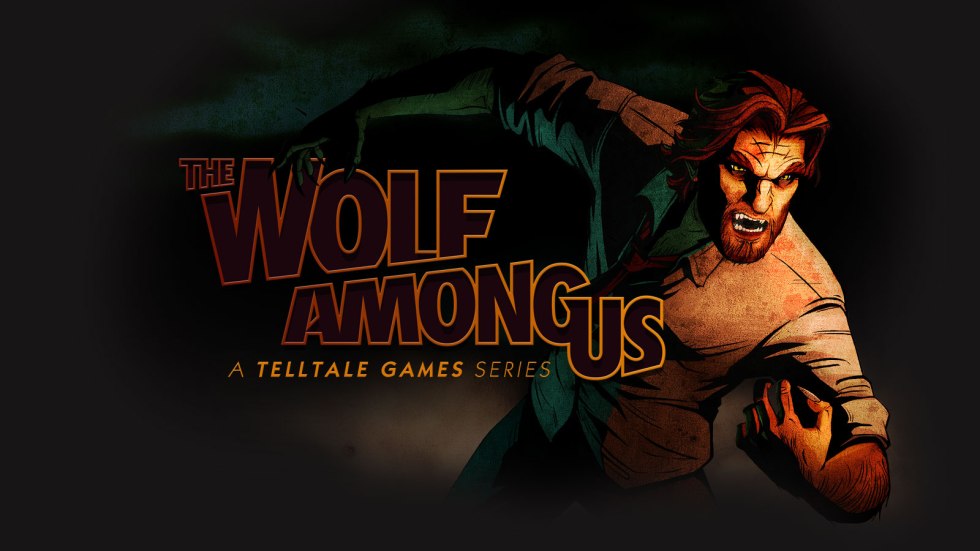 Telltale struck gold with the critical and commercial success of The Walking Dead last year. Now they’ve decided to bring a different comic book series to the adventure game genre with The Wolf Among Us. The first episode covers a lot of ground very quickly. It acts like a pilot episode of a serialized television show, establishing a complex world and characters with around two hours of content. It’s messy, but that doesn’t hinder the impact of its narrative.

The Fables series is about fairytale creatures in modern day New York after their world is overrun by an evil malevolent force known as The Adversary. They’re forced to live amongst the mundys and keep Fabletown a secret. The ones who look human, or can afford glamours, stay in New York, other, more animalistic Fables, live on the Farm. The Wolf Among Us puts players in the shoes of Bigby Wolf, Sheriff of Fabletown, the gruff and lonely wolf who doesn’t really like much of anything. Fables are immortal, or mostly immortal as established early on in the episode when a Fable’s head is discovered on the front steps of Fabletown. What follows plays out like a case from L.A. Noire, or the plot of an episode of CSI. As Bigby you track down clues and try to figure out who is murdering Fables. Once you arrive at a location you interact with a few Fables, then look around for clues, or things that fill in the backstory of these storybook characters.

Like The Walking Dead, The Wolf Among Us plays with the concept of a divergent story, one the player has agency over. Each decision you make can have an impact on the narrative, changing how a character treats you, or how certain events play out. This is taken to the next logical step by allowing the player to make decisions on which location Bigby goes to first. You’ll eventually make it to every location in the episode, but the story beats that play out are slightly changed. Telltale has done a great job making these choices flow seamlessly together. You’ll often have to make tough decisions that could change the flow of the case, but with the timer rapidly decreasing, you have to make a choice quickly and hope for the best.

The episode narrative moves along at a brisk pace for the most part, but dawdles around midway through as you’re slowly finding new, seemingly irrelevant information to the main case. But it flows nicely back into conversations about the larger political problems with Fabletown and establishing the hierarchy of characters. It’s messy, but it works.

Characters are, at first, solely defined by their storybook personas. But once you get to talking to them and uncover what they’ve been up to since leaving the Homelands, you start to realize they are much more than what meets the eye. A few characters I didn’t care about slowly grew on me as the episode went on and I started to like every person I met, even though most of them are complete jerks to Bigby. There are a lot of characters in this first episode, some minor, some major, all with different personalities and defining features that make them unique and incredibly fun to interact with.

At various points in the episode, the action ramps up and you complete a series of quick-time events to dodge punches or run after a suspect. Even during some of these moments you’re given agency over what happens. In one scene you can shove a guy against a few different piece of furniture and use nearby objects in the fight. In another scene you’re chasing a character and have to decide which door he might have gone through. If you’re wrong and don’t react quickly enough, he can get away. These events feel natural when they occur in the story and help to break up the flow of gameplay, but some of them might take a second too long to load, forcing you briefly out of the moment.

Standing out from The Walking Dead is a lot of what this episode does, probably not entirely deliberately, but still, it largely accomplishes this task. By the end of Episode 1 I was itching for more, desperately wanting to unravel more of the mystery and learn more about the different Fables residing in Fabletown. It’s an entirely different game than The Walking Dead was, attempting to tell an entirely different kind of story. Episode 1 laid the groundwork for a compelling and fascinating story. I’m excited for more.