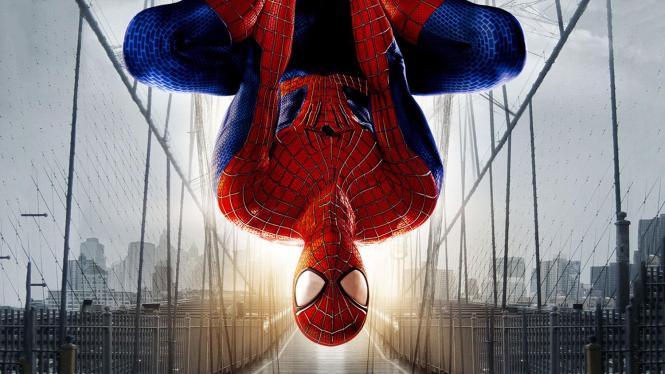 Beenox is an extremely fascinating company to me.

They seem to absolutely adore the Spider-Man franchise; with Shattered Dimensions being a love letter to ol’ webhead, and both of the Amazing Spider-Man games being filled with references that only the most keen of True Believers would catch onto. Yet, as a self-proclaimed Spider-Man fanboy, I’m consistently disappointed by the games they put out. From my general dislike of Shattered Dimensions to my outright hatred of the first Amazing Spider-Man game, I had more or less written off Beenox as a second-rate developer of below average licensed games.

That’s why The Amazing Spider-Man 2 is such a surprise to me. I didn’t completely hate the game upon finishing it. I actually had fun with certain aspects of the game. However, there were still far too many flaws to look past, and it’s overall quality was still not much of a far cry from the other Beenox Spider-Man games.

The Amazing Spider-Man 2 actually begins with a flashback from the first Amazing Spider-Man movie, and within this introduction you’ll notice that Peter Parker looks and sounds nothing like Andrew Garfield. In fact, none of the characters look or sound similar to their onscreen counterparts, making the game seem like it’s not even based on the movie. It doesn’t help that the story is, aside from a handful of characters and a plotline or two, completely original to the game. I understand that they obviously can’t just stick to the movie’s three villains, as the game would be far too short, but they’re even missing integral characters like Gwen Stacy. Not to mention that Max Dillon, AKA Electro, the movie’s main villain, only has a grand total of two onscreen moments.

As a fan of the movies, this just leaves me confused. Calling this a tie-in to the film series almost feels like false advertising, because you can count the connections to said films on your fingers.

After the introduction, you get a really great looking comic-style cutscene, which serves as an expositional recap of the first movie and Peter’s life. I really liked this style and was hoping to see it at least a few more times throughout the game, but this sadly did not happen. Being the only time that it happens, it just seems random and out of place. Since The Amazing Spider-Man 2’s visuals are not spectacular by any means, I feel like these comic-style cutscenes would have given the game a fairly unique and interesting visual flair.

On the technical side of things, this game looks and runs like ass. While I only had a couple of instances where slowdown or the like occurred, The Amazing Spider-Man 2 is just sloppy. The textures are muddy, the animations are incredibly spastic, and there was even a point where a shadow on the wall ran at an astounding one frame per second. It genuinely looked like a Game & Watch game. The load times are also extremely long, and I’m honestly not sure what the issue here is, since the loading for the city of New York takes just as long as a few rooms of Oscorp.

On the gameplay side, it seems the one thing Beenox has been talking about since the game was first announced is the web swinging, and it’s possibly the best web swinging out of all the Spider-Man games. You use the left and right triggers to swing with your respective hands, and getting into a groove while picking up speed is incredibly fun and satisfying. However, there are two big things that keep it from perfection: the lack of Spidey’s weight, and the lack of consequence. While web swinging, it doesn’t actually feel like you’re controlling a grown man swinging from building to building; it feels like you’re just gliding through the air. And the lack of consequence comes in when you fall after failing to catch a building with your web. If you hit the ground after a long fall, nothing happens. There’s no fall damage whatsoever. You just land. This takes away some of the thrill of web swinging; there will be no close encounters with the ground or buildings, and it makes everything all the less immersive.

If you’ve played any of the Batman: Arkham games, you already know how the combat works in The Amazing Spider-Man 2. Press X/Square to punch people, press Y/Triangle to counter. But unlike those games, Spidey’s punches have absolutely no force to them. You don’t feel the impact of a punch in this as you do the Arkham games. It’s the same thing with the enemies; their hits don’t feel consequential because there’s no impact. Spider-Man barely reacts to the hits, and the aforementioned janky animations make selling any pain the characters feel impossible. Without all of that, all you’re left with is a repetitive and boring two-button combat system with a few extra but mostly unnecessary special moves.

From story-related ones to optional side stuff, the missions in The Amazing Spider-Man 2 range from “okay” to “pure garbage.” The story missions are, in general, all decent. Except for the boss fights, which seem fun at first, but become tedious and uninteresting within minutes. It’s a shame, really, because boss fights in Shattered Dimensions were always interesting if nothing else. The side missions are very hit or miss, with some events seeming outright unfair. I swear, there are numerous times when I was playing the side missions where you have to locate and get rid of a bomb, and my spider-sense would literally not highlight the bomb. By the time I finally found said bomb, I didn’t have enough time to take it to the ocean and throw it in, which failed the mission. Not counting collectable hunting and races, there are only seven types of side-missions in the game that are repeated throughout. Each one gets old after the second time you’ve done them, and while most of them are completely optional, they’re still lazy and mundane. It wouldn’t be so bad if they at least varied the missions up with each level, but they sadly do not. The only major change with each mission is the location they take place in, and there are only two or three of those for each mission type.

Lastly, the final act of The Amazing Spider-Man 2 feels completely rushed and half-assed. Every reference to the movie is shoehorned in, the villains are onscreen for just a few minutes, and the story doesn’t really have much of a conclusion. However, I have to give credit where credit is due; the actual final boss and the story around him is pretty well done. While the boss fight itself suffers from the same fate as the other boss fights in the game, the actual character and the conversations around him do everything fantastically. They make him scary, they make him evil, and they even make him a little sympathetic. It’s everything a villain should be, and I hope there’s more of him in the future. 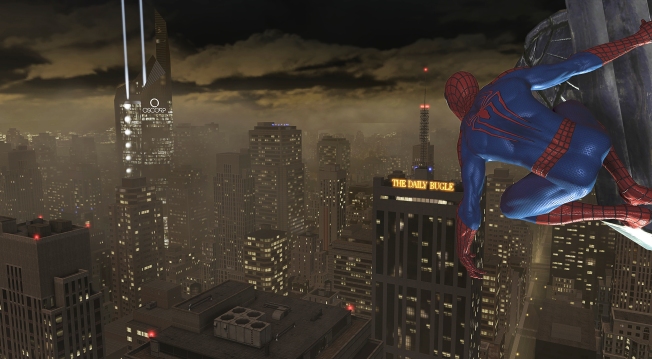 (FULL DISCLOSURE: I played The Amazing Spider-Man 2 on a PlayStation 3. I’m unaware if the load times, textures, or animations are better on the Xbox 360, PlayStation 4, or Xbox One. If they are, please disregard any complaints I have about those.)