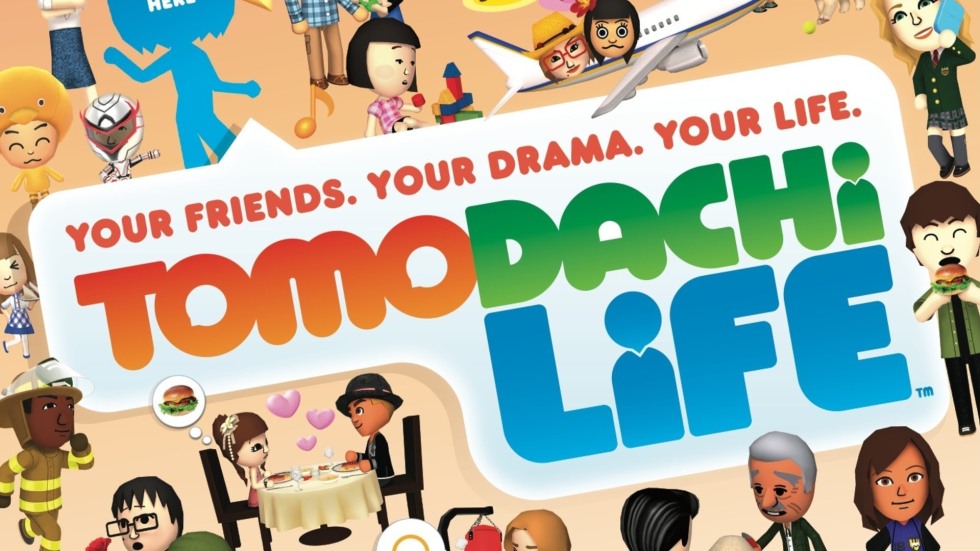 On the morning of my fifth day with Tomodachi Life I booted up my 3DS and started the game. During the initial load a light caught my 3DS at just the right angle and I saw myself through the glare. Eyes drooping, mouth frowning, I looked into the mirror of my soul and wondered why. Why was I so desperate to see what my Miis were up to? Why won’t Chie and my look-alike start dating? Why does Evan like sports? Why is Michael upset? Why am I so set on checking my Island every 30 minutes for something new to do?

I can’t come up with an answer to any of these questions. So I continue to feed my Miis and introduce them to each other and watch them. I keep watching them. I am a god on this island, but my powers are entirely too limited for me to enjoy for much longer. At a point it felt like a chore. I knew the game was weird, I knew it would be pretty stupid most of the time, and I was fine with that if only it kept doing new and crazy things. But it didn’t. Once a weird or quirky thing happens a second time, it loses its charm and excitement.

Sometimes it is almost impossible to describe Tomodachi Life, but for the most part it takes Animal Crossing and Nintendogs and wraps it up in a weird bow. Tomodachi Life is a pseudo-life simulator that will almost instantly charm you with its unconventional nature. Weird things happen all the time: your Miis will have nightmares, they’ll sing songs, do magic tricks, participate in rap battles, and more. It’s all quirky and adorable until it starts to get old — and that happens quickly.

Once you create a set of Miis with their own distinct personalities and voices, you just watch them. They all live in one apartment building on a small island. The early interactions are sparse. Your Miis will be hungry so you run to the store and buy them some food. Now they want some new clothes, so head on over and buy clothes you think they might like. You want to facilitate your Miis’ happiness as much as possible, or let them live in agony and despair — your choice. As the Miis get more comfortable, they start interacting with each other; making friends and alienating others. Some Miis will have a great time interacting with friends, others will have one really great friend, and some will just sit in their rooms with rainclouds hovering over their heads.

The Miis live in small square boxes with sparse details and hardly ever go outside. They live on a special island, but decide to sit in their rooms and run around like an airplane. You can give them better looking interiors, but they won’t interact with anything within them; they’ll just keep running around the room like little kids on a sugar high. And you watch them; you watch them and you wait for a problem to arise.

Most of the interacting with Tomodachi Life occurs as you watch the apartment building and wait for icons to appear in windows, meaning a Mii needs your help with something. This can range from wanting food or clothing to finding new friends or a sweetheart. These short interactions form the larger narrative surrounding your island. Two characters might start hanging out and becoming friends, and then one might want to set up the other with a romantic partner. In every interaction you have the final say; if you don’t think Chie should be friends with Evan, you can tell her you don’t think that’s a good idea. She’ll trust you, she has to, because you’re the god of this island. But she might get a little sad because of your ruling and you’ll need to cheer her up with a new gift, outfit, or food item.

A Mii of mine, Slenderman, got turned down by Buffy the Vampire Slayer. He became incredibly depressed, so I sent him on a vacation to Germany to help clear his head. He took a bunch of pictures and seemed to have a good time. But once Slenderman returned he still felt a bit down, so I gave him a slice of red velvet cake. Slenderman is happy again, problem solved. He then had a nightmare that he was a bobblehead in a car driving nowhere.

Or get your Miis to sing songs in their weird and creepy computerized voices. You can choose from a list of genres from techno to musical to teach your Miis. If two Miis know the same genre they can form a group and sing together. The songs are where most of the charm and hilarity can come from, since you can edit the lyrics to almost anything you want. You can make a ballad called “Daddy Issues” for Batman or a ‘50’s rock and roll song called “Galactic Punt” for Chie.

But at a certain point the weirdness stops and the monotony creeps in. Each day you’ll do the same several actions then wait for your Miis to need you again. They’ll sometimes exit the apartment and go to the beach or the park, but you can’t interact with them there. Unless the Miis are in their apartment, you have no interactions with them. You’ll be waiting for a problem to arise just so you can do something besides watch them like an omnipresent voyeur.

Sometimes Miis will ask you to play with them, which triggers one of a handful of Wario Ware-style micro games that don’t capture the charm of their inspiration. They last a little longer than they should and repeat far too often. The games are mostly simple matching or trivia challenges that act as time-killers more than anything else; none of them are much fun.

Tomodachi Life is one of the most original games Nintendo has produced in a long time, but somehow still suffers from the same problems of their worn-in franchises. The charm is there, the quirky fun is clever and exciting, but it doesn’t last. The weirdness becomes Tomodachi Life’s downfall. A game like this lives or dies by always giving the player new and interesting things to see and do. Tomodachi Life intrigues the voyeur inside of players — the people who like to torment Sims or collect bells for Tom Nook — but once the zaniness becomes normalcy, Tomodachi Life loses the charm that makes it special.