Sometimes a game comes around and we can’t stop talking about it. It’s rare, but it happens. Bioshock Infinite is such a game for us, so we dedicated an entire podcast episode to talking about it!

The Personathon is over (for now), and that means it’s time for our 4 hour Persona-centric podcast!

With the rising popularity of The Walking Dead franchise and its adaptations into television and video games, Robert Kirkman’s landmark comic series is now one of the most interesting IPs on the market. Telltale has crafted a unique, mature, character-driven adventure game that compliments the main themes of the comic and tells a brilliant and touching story. AMC has adapted the comic series to the screen, taking major liberties with the main story while staying within the boundaries of Kirkman’s tale. 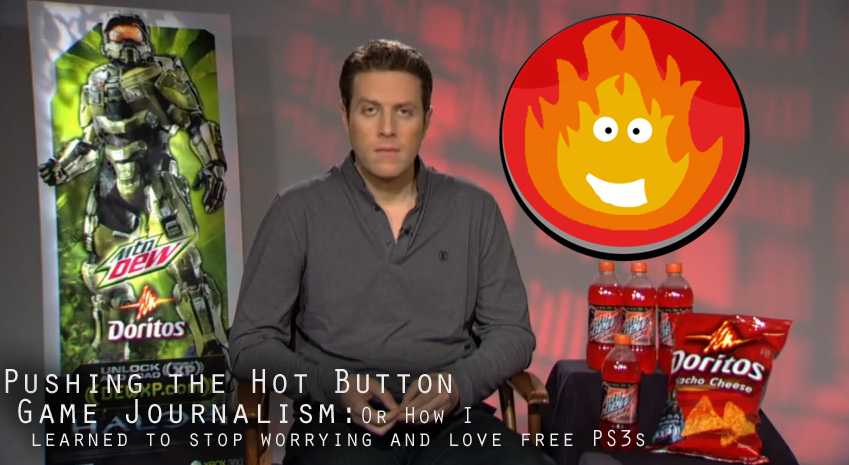 From the deep, dark recesses of our bribe-laden offices comes the latest episode of Pushing the Hot Button, regarding a recent controversy that involves Eurogamer, free PS3s, and cynicism. Well worth a listen, if you can handle the heat! This episode is definitely brought to you by corporate influence.

The Error! Not Found crew certainly has some opinions on The Dark Knight Rises. So we dedicated an entire podcast to our thoughts on the summer blockbuster.

You might know of this sort of okay, low-budget, teen drama The Avengers. Well, in this episode of Pushing the Hot Button we discuss (in great detail) how incredibly mediocre it really is!

This is the inaugural episode of Pushing the Hot Button! In this podcast we will talk about hot topics or hot button issues in the world of entertainment. For this episode our topic is anything and everything Cabin in the Woods!