There is a moment midway through World War Z where viewers see an all out zombie horde start pilling up the side of a wall trying to get to the living on the other side. Piling on top of one another, some finally make it to the other side, and also somehow take down a helicopter. I feel like this is the perfect metaphor for Marc Foster’s World War Z, starring Brad Pitt, for while there are some generally intriguing moments in the film that rise up above other zombie films, it seems that Marc Foster is trying to simply add one genre trope after another to make the film seem more epic, but ultimately pile up into one shambling mess of a film.

In the midst of a very lackluster Andrea-centric episode last week, this weeks episode of The Walking Dead presented a surprisingly character-centric episode that focused on someone who’s allegiance has always lied somewhere in the middle- Merle.

Well this episode certainly has been a long time coming. Since the beginning of the season, Andrea has continuously, and flawlessly, given in to the Governor and his actions. However, “Prey”, sought to change that with Andrea questioning his motives and his plans for the prison. Yet what should have been a big moment in the series came to feel a little deflated, for Andrea’s decision comes far too late in a season in a season of half-cocked actions and pitiful mistakes.

Another One Bites The Dust 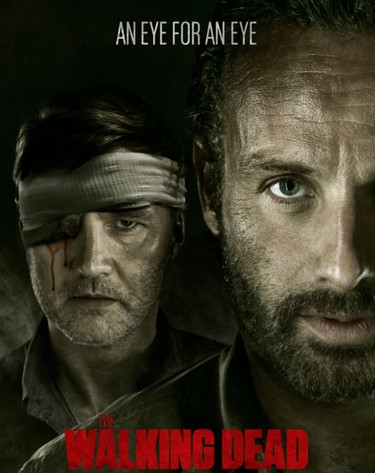 Well that’s unfortunate. The Walking Dead series has been known to pull the rug out from underneath viewers, and this episode was no different. Unfortunately the ‘big surprise’ felt unwarranted, and felt like a way to quicken the pace of a few slow moving episode. While in all accounts not a horrible episode, “Home” felt like it tried to juggle too many stories and moments and all together came out as a jumbled mess with a surprise ending.

After a two month wait, The Walking Dead made its return to television Sunday night. For months fans have been waiting to see the repercussions of Rick’s actions, as well as to see what will happen to Merle and Daryl now that they have been pitted against each in the Govenor’s twisted gladiatorial ring. While the beginning of this episode showed a great deal of promise, this came to be quickly undercut by poor decisions, stupid dialogue, and a few character moments.

First off I would like to say well done Glenn! This week’s episode of The Walking Dead was a very intense ride as characters fought to survive and protect those they love. After a mixed episode last week, this week’s episode certainly paved the way for the mid-season finale and had some big turning points for the series.

This season of  The Walking Dead has been going strong. With some wonderful performances and scenes that feel ripped right from the pages of Kirkman’s comic series, this season of the Walking Dead has come to prove what this series is capable of. “Hounded” however, came off as a different breed of animal. While I did not find it to be as poor as “Killer Within”, this weeks episode felt out of place- a middle man of sorts-  and ultimately felt like a brief introduction into the second half of this already halved season, the remaining eight episode airing in the new year.

When looking at this year’s XBLA Summer of Arcade line-up, it would have been easy to peg Tequila Works’ Deadlight as a promising outlier. It’s minimalist aesthetic reminds vaguely of Limbo, and its deliberate but smooth platforming  challenges seem ripped from Out Of This World. In reality, though, this side-scrolling survival horror game is a mess, where involving and excellent aspects blend with bafflingly poor design decisions.

Error! Report for the week of December the 18th! Please rate and subscribe!
END_OF_DOCUMENT_TOKEN_TO_BE_REPLACED
Games by Clint PrenticeDec 11, 201110:20 pm